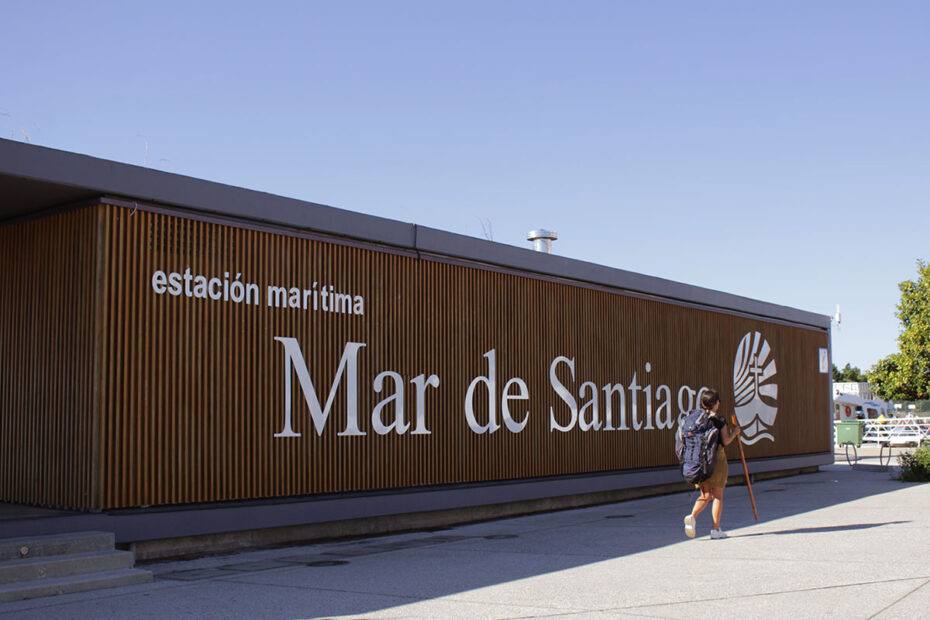 The October holiday weekend is one of those dates marked in the calendar of all lovers of tourism, especially in the case of visiting national destinations. This year, 2021, the public holiday falls on a Tuesday. Therefore, many of us will have 5 days off work (from Friday, October 8, to Tuesday, October 12) to enjoy a break. If you’re one of the lucky ones who has time off this holiday weekend, the Mar de Santiago destination would like to suggest some options in our area, which features the Camino (Way of St. James), culture and the best cuisine. Take note!

Are you a wine lover? The Mar de Santiago region stands out due to its landscape full of Albariño vines, which produce wines under the “Rías Baixas” Designation of Origin. In Vilanova de Arousa you can choose from three different wineries: Pazo Baión, Bodegas Granbazán and Gran Vinum. In them you can taste their wines, get a close-up look at the wine-making process and, at the same time,  learn about the locality’s history and architectural heritage. As we explained in a previous test on wine tourism, Vilanova’s wineries belong to the “Rías Baixas” Wine Route. Why not enjoy a winery tour during this October holiday weekend?

Furthermore, Vilanova is closely linked to fishing and seafood. Wherever you look, you’ll see mussel-producing platforms. What more could you want to accompany Mar de Santiago’s wines?

Catoira, a cultural option for discovering Galicia’s Viking past

Another one of Mar de Santiago’s municipalities is called Catoira, which, as you might know, has a special link with Vikings. Its fort called Torres de Oeste was erected in the 9th century to ward off attacks from Normans, Vikings and Saracens. It is now an icon of the province of Pontevedra and its mythical Viking Festival, which was declared a Festival of International Interest. Nearby, you can also enjoy a stroll along the river trail, which is an incredible nature site at the mouth of the Ulla.

The “Torres de Oeste˝ Cultural Activation Centre (CACTO) is now the locality’s tourist office. Apart from being an educational and recreational area, you’ll also find an exhibition room, where you’ll enjoy learning about the history of the “Torres,” and an audiovisual room for screenings.

Valga, where nature and culture come together

If you like natural settings, then you have to visit Valga. Near the mouth of the Ulla River you’ll find a site of great ecological value: the Vilarello river beach. This recreational area features everything you’d expect and a lot more: children’s playground, picnic area, barbecues… Furthermore, if you’re travelling in a camper then stopping here is a must, since it includes an area for overnight stays, and services for taking on clean water and emptying sewage.

You can also visit the Parafita and Raxoi waterfalls and waterwheels, where the waters of the Valga River flow through spectacular scenery. Cross its wooden bridges and walkways while enjoying a charming stroll, accompanied by the sounds of nature, marked by the rhythm of this spectacular waterfall.

You’ll come across the cultural side of Valga in its History Museum, which promotes the locality’s natural heritage and the figure of La Bella Otero. This most illustrious of Valga’s inhabitants became one of the most popular Spanish women in the late 19th century.

Back to Roman times in Pontecesures

The history of this municipality’s name, Pontecesures, is closely linked to the Roman bridge that Caesar (probably Caesar Augustus) ordered to be built here. It is located over the Ulla River and consists of ten arches, which link the provinces of Pontevedra and A Coruña.

However, apart from this interesting viaduct, Pontecesures is also known as the port at the end, or the beginning, of the Mar de Santiago route, and also for its lamprey, an ancient fish that is caught in this locality using traditional techniques that have been passed down from generation to generation. The lamprey season begins in January, so it won’t be available during this holiday weekend. However, if you want to learn more about its history, near the “Plaza de Abasto” (Food Market) you’ll find the so-called Casa da Lamprea (Lamprey House), an interpretation centre that is worth visiting.

During this October holiday weekend, get acquainted with the Mar de Santiago region and enjoy different types of tourism: food, wine, culture, nature… What more do you need? Come and discover our beauty spots!